Yabadoo Princesses want more than to find their Prince Charming. Your little royalty will gasp in wonder and awe when our graceful princess attends your next kids birthday party in Brisbane.

From the moment our entertainer arrives at your kids birthday, they’re ready to spread laughter and spells with tons of princess party ideas such as a magic show, balloon art, face painting, games (like pass the parcel), a treasure hunt and more. 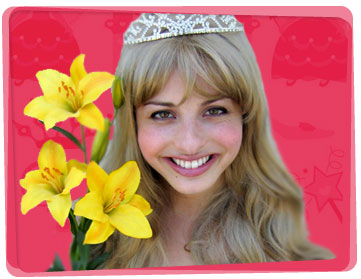 Your little girl will also receive a modelled balloon crown and balloon wand during the show to make them feel special.

Our Brisbane princesses for hire perform regularly at all types of events including promotional events, product launches, themed birthday parties, fairs, Christmas parties, corporate events, kindergartens, shopping centres and just about any other event you can think of.

We tried to book for last year, but Yabadoo’s schedule was already full. So this year, I called a month before the party and got booked! Ice Princess was really worth the wait. All the kids had a blast playing with her at Frew Park, Milton. Her passion in what she does is evident in her act. Her costume is so believable, and it really adds to the illusion of the character. Expect many calls from my friends – a lot of them got your number! – Cathy W., Albion 4010 Brisbane

You were definitely the right choice for my daughter’s party! I was feeling nervous because we had never hired an entertainer before, but I must say I’m glad we booked with you. Princess Anna came in Orleigh Park wearing her glorious costume, and Alyssa stood in awe of her. She talks about it till now! Even the adults requested to take photos with Princess Anna and she gladly obliged. The whole party had great energy because of her. You can be sure that you’ll hear from us again next year! – Tori K., Gaythorne 4051 Brisbane

We had Princess Pink come to my daughter’s fourth birthday party in Brisbane. It was the first time we had used Yabadoo (which can be a gamble) and boy did I choose well! Extremely professional and right on time, she created a little fairytale mood and the girls were beyond excited. She even made her mannerisms graceful and princess-like. I do believe every child was made to feel special. They loved the magic show, face painting, balloons and games. My daughter could not believe Pink was singing Happy Birthday to her! As the Mum, I loved the prompt communication while coordinating the party, the spontaneous hugs from my daughter during the party, and the great group picture shots we had at the end of the day. It was a truly magical party. Phew!! Thank you for making it so special - Debbie. S

Check out this fun princess party game idea you can play at your child’s next birthday! 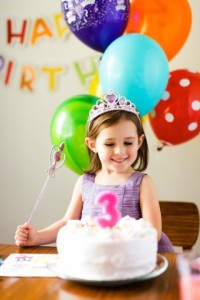 Your princess entertainer groups the children into teams.

Set up a Snowman Station for each team by placing at least 3 sets of snowman parts in a bowl. One set consists of 3 marshmallows (body), 3 chocolate chips (eyes and mouth), 2 pretzel sticks (arms), 1 carrot sliver (nose). Add 1 plate where they could put all the snowmen on.

The team to assemble the most Disney Snowmen within the given time wins.

The princes and princesses at your Brisbane birthday party will absolutely love this game!

The Princess and The Frog

Everybody sits down in a circle. Pass a frog stuffed toy around, from one person to the next, whilst playing princess music. Whoever is holding the frog when the music gets paused is out of the game. 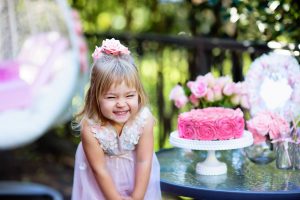 The last prince or princess that is left in the circle is declared the winner.

For younger children, you can give a prize to the kids who are out of the game so they don’t feel bad, but also give a special prize to the winner.

An outstanding performance. We would definitely recommend Yabadoo to all our friends!! – Lanie

Children were in hysterics. Parents are already asking for your number. Thanks Yabadoo. – Amy

Our Yabadoo entertainer was a HUGE hit with the kids (young and old!) – Henry