If you want your kids party a little topsy turvy, full of hocus pocus and hullabaloo, call our Wizards for hire to mix up some magic and they’ll concoct a potion made especially for you!

In 18 years of entertainment, we’ve spread tens of thousands of smiles. In addition to kids wizard themed parties in Brisbane, we can also entertain at a variety of different events such as Christmas parties, corporate events, shopping centres, day care centres and children’s parties. 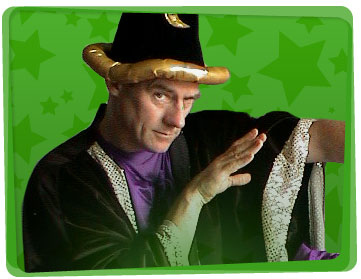 During the magic show, your birthday child will receive a uniquely twisted balloon to make them feel extra special.

Hire a Yabadoo wizard to perform in Brisbane – Click the Book Now button to give your child that super special birthday party.

Hi Yabadoo Milo the wizard completely captivated the children from the moment he arrived until the time he left. The response the following day from family and friends was that they thoroughly enjoyed the entertainment. He was gentle and comical with the children and catered his performance for all the ages groups. I want to thank you guys for such a top service. It was smooth sailing all the way from the moment I put in the booking form. It was nice to work with such a professional company who not only met our expectations but completely exceeded them. Thanks Milo and Yabadoo

Here’s a wizard party game idea that is suitable for older children:

• Giants – Stand on the tip of your toes, lift up your arms, and make a growling noise like “Raaawwrrr!”
• Wizards – slightly bend your knees, and extend your fingers as if you were casting a magical spell, and say a magic word like “Abracadabra!”
• Elves – Kneel on the ground, cup your hands behind your ears, and make a high-pitched sound like: “Eeeeee!”

Split the group into two teams and have them line up facing each other. Assign a leader for each team. All the players have to memorize the sound and movement of each character. Give them time to practice.

For every round, each team has to huddle and decide which character they want to play. Once both teams are ready, they go back in line and face each other. Keep them 2-3 meters apart. 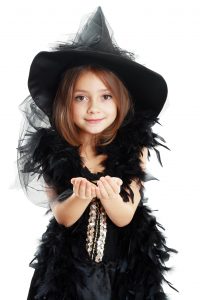 On the go signal, the leaders of both teams count together: “1, 2, 3, go!”
Each team portrays the character they have chosen in the huddle. Within 30 seconds, the winning team runs to the losing team and grabs as much members as they can. The losing team can run so they don’t get captured. If they are caught, then they are now members of the winning team.

If both teams play the same character in one round, then the teams huddle and do another round. Play until one team has no more members left!

An outstanding performance. We would definitely recommend Yabadoo to all our friends!! – Lanie

Children were in hysterics. Parents are already asking for your number. Thanks Yabadoo. – Amy

Our Yabadoo entertainer was a HUGE hit with the kids (young and old!) – Henry