Up, up, up and away! Our Yabadoo Superheroes in Sydney are ready to play! We can’t wait to show the birthday child they’re the true heroes of this special day!

So if you’re having a Superhero theme party and would like to hire a superhero for a kid’s birthday party, we have over 18 years experience in the Sydney industry.

Our entertainers will perform a laugh a minute magic show filled with audience participation. Children are also trained to access their hidden powers for the good of the world.

Yabadoo Super Heroes for hire also bring many other fun superhero birthday party ideas with them including games (like pass the parcel), balloon sculpting, a treasure hunt, face painting and much more.

To make your child feel important on their birthday, our entertainer will give them an extra special twisted balloon during the magic show.

Our super heroes for hire in Sydney have entertained at a wide variety of events from kids parties to hospitals, childcare centres to grand scale corporate events.

We were blown away by Mega Man’s act in Observatory Hill Park! He pretended that he was losing his super powers so he didn't have the strength to make the balloon animals. In order for him to regain his strength back, the children will have to say “Happy Birthday, Robert” as loud as they could! It did not only make my son feel special, but the kids actually thought they were helping him. What a genius! – Jillian L., Newtown 2042 Sydney

Asking Yabadoo for help in making my daughter’s party special was a good decision. Super Bettina was amazing! The children had the time of their life as they were having their face painted. They also loved the dancing and the magic show. Keeping the children occupied for 2 hours in Waterfront Park gave the parents time to chat with each other. It was money well spent. Thank you! – Sally D., Annandale 2038 Sydney

I just wanted to thank you and our super hero for an absolutely fantastic party! Chris is brilliant with the children and from the moment he arrived he had the kids captivated and entertained. My son and his friends were laughing hysterically. Even the parents were enjoying the show. His mature approach, punctuality and communication skills with the adults were equally matched with his warm and silly/funny charm he had over the kids. I would highly recommend Yabadoo! - Linda R

Do you need superhero game ideas for when your entertainer is still on the way to your party?

This is a really good non-competitive game. Each child walks away with a prize!

The heroes must keep all the balloons up in the air while the music is playing. When the music stops, everyone jumps up in the air and grabs a balloon. An adult draws a kid’s name from a bag and shout his/her name. The kid then pops the balloon by sitting on it, and reads the mission hidden inside it. 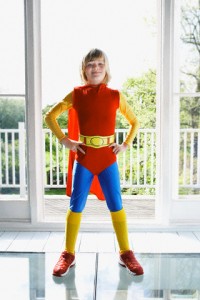 Once the mission is complete, the child gets a prize and steps out of the game. Keep playing until all the kids have received a prize.

So many of the parents asked me for Yabadoo’s contact details. Thank you!! – Harley

A big thank you for our Yabadoo entertainer. Children thoroughly enjoyed themselves. – Bobby